Furi15 said:
Does the carpet match the drapes?
Click to expand...

Are you color blind?

I guess you did finally get sucked into the off-topic abyss.
Good for you, you're assimilating into one of 'us.'

Looking it up, the DN-01 has a CVT with centrifugal hydraulic clutch. To me it looks like the predecessor to the Maxi-Scooter. 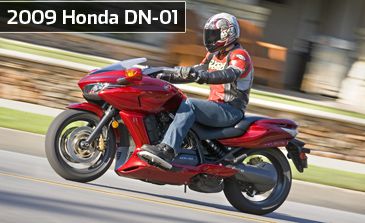 The NM4 has a DCT, though the early DCTs like in the NM4 were problematic to troubleshoot when something went wrong. The NM4 was a great idea, but under-powered and over-priced for what it was, with little storage space inside what appeared to be large compartments. If it broke it was often very difficult to repair. From what I gathered when investigating if I should buy one, many owners sold them out of frustration (if it takes everything the NM4 has just to keep up with a fully loaded stock Harley bagger, that's an issue). I did try to buy one at one point, but the owner had already dumped it at a low price. If Honda showed up at my doorstep with one it's not like I'd turn it down--I'd love to modify the heck out of one and make it look good, but chances are they're not showing up with one anytime soon.

todds87ss said:
Different strokes...I threw up in my mouth a bit when I saw the pic...
Click to expand...

I feel it would not be suited to my tastes in motorcycles either. That said I’ve a lot of friends that think I’ve lost the plot riding a Fury

Reds Faster said:
I feel it would not be suited to my tastes in motorcycles either. That said I’ve a lot of friends that think I’ve lost the plot riding a Fury
Click to expand...

I don't think the average Aussie biker is all that well informed so they say dumb stuff about the Fury and choppers in general. I find I get on much better with the people I have met through this forum than any other group of bikers.

My oldest and closest friend who used to ride till he had a stroke asked me why I bought such a conservative bike. He then brought up my various projects chopping CB750s and said I should build something longer. Of course he was taking the piss out of me but he knows how much I love choppers and custom bikes.
61 - 64 of 64 Posts
Join the discussion
Continue with Facebook
Continue with Google
or sign up with email
About this Discussion
63 Replies
15 Participants
Last post:
macxpert 4 d ago
Honda Fury Forums:
FuryForums.com is the premier Honda Fury community to discuss the motorcycle’s specs, accessories, parts, reviews, and prices. Join now!
Full Forum Listing
Explore Our Forums
Honda Fury General Discussion Fury Appearance Fury Tech and Performance Chat New Member Introductions Honda Fury For Sale
Recommended Communities